What would you think if someone offered to pay you for staying in bed for two months? This offer may sound enticing to over-stressed heads of households, but, there are some restrictions/qualifications before you can be considered for this job.

You must be a healthy man or woman between the ages of 24 and 55 years, a non-smoker, are between 153-190 cm (5’ – 6’2”) tall, your body mass index is between 19 – 30 kg/m2 , and you must be exceptionally fluent in the German language. If you meet these criteria, and are interested in some serious, paid, bed rest, you might want to read onward. Twelve men and twelve men will be chosen to partake in this laid back job.

Right now, you might be thinking, “What’s the catch? What’s the pay?” Are you ready for this? €16,500 which translates to $18,500 U.S.D. will be paid to all chosen candidates who successfully participate in this study to its completion.

Yes, this is for a study, the first joint long-term bed rest study of the European Space Agency ESA, the US space agency NASA and the German Aerospace Center.* The study is called AGBRESA which means Artificial Gravity Bed Rest Study and will be conducted at the research facility: envihab, German Aerospace Center (DLR) in Cologne, Germany.

During the study, participants will be confined to their bed for the entire two months (60 days). You will not be out of bed for toilet purposes, bathing, or eating. Everything takes place while you are lying down, i.e., eating, washing, toilet needs, reading, watching television. You will not be upright for sixty days, 24 hours each day.

Weightlessness, as in space, reduces physical stress and leads to the fatigue of muscles and bones while body fluids shift toward the head. These effects are also, often experienced by people who have been bed-ridden for long periods of time. Your bed will be equipped with a 6° inclined headboard to replicate similar conditions experienced in space. It is also a must that one of your shoulders touches the mattress at all times to ensure the displacement of body fluids. The research team makes sure that you do not get up or lift your head while they monitor changes and explore testing techniques.

Now, artificial gravity comes in to play, and it is at the center of this investigation. DLR’s short-arm human centrifuge will mimic gravity for select participants 30 minutes a day. This allows scientists to evaluate its usefulness as a tool against negative changes caused by weightlessness.

Other functions will also be tested; including cardiovascular, muscle strength, metabolism, and cognitive performance.

Your total time in this study will be eighty-nine days, sixty of which are spent in bed. The other twenty-nine days are used for orientation, acclimatization, recovery, and rehabilitation. You will also return for follow-up visits to evaluate the longer-term effects of the study. The current study begins on September 1, 2019, to the beginning of December 2019. Follow-up examinations will be scheduled for December 2019, March 2020, December 2020, and December 2021.

If you love science, astronomy and space adventure, this may be the closest you will ever get to actually being in space. Participating in this study certainly qualifies to be on anyone’s bragging list.

* According to the ESA Germany

“Earth is a small town with many neighborhoods in a very big universe.”
– Ron Garan 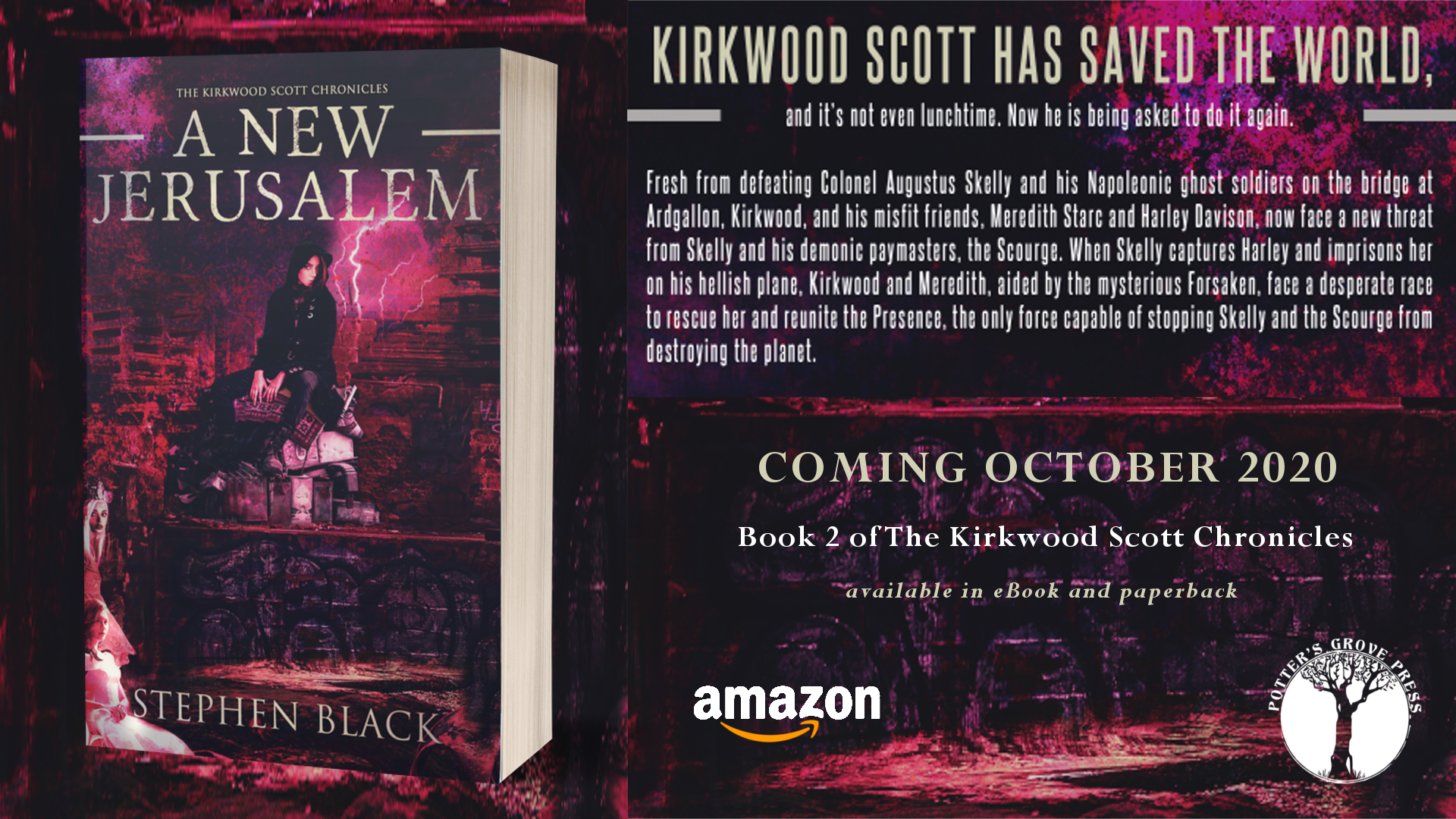 Potter’s Grove Press is happy to announce the upcoming release of the second book in Stephen Black’s critically acclaimed Irish, urban fantasy series, The Kirkwood Scott Chronicles. A New Jerusalem will be available in eBook and paperback, with a tentative release date of October 6, 2020. Pre-order the eBook now. Fresh from defeating Colonel Augustus […]

True Self – published by GloMag

I am thrilled to have my poem “True Self” (reprint) published by GloMag (pages: 69-71).  Thank you Editor Glory Sasikala.Click here:

Down in the Dirt Anthology – Outside the Box

Greetings! I have at least five stories in this anthology. Two of my writer friends, Mehreen Ahmed and Christine Tabaka also have their work included. It can be purchased on Amazon. I’m very excited about this! http://scars.tv/2020May-August-issue-collection-book/Outside_the_Box.htm

1. How good are you at writing blurbs? How much zing can you deliver with a hundred-word hook? The Query Letter is sponsoring a blurb contest, free to enter, and with a 500 dollar prize. I’m definitely entering. I need the practice because I’m polishing my Witch of the Manor House pitch for Pitmad on […]

Do you suffer from an itch that you cannot scratch? Have you been startled from a sound sleep by movement under the skin of your perineum? Have you received 2nd-degree burns and/or been hospitalized attempting to urinate? You are not alone. Since the development of miniature inter-dimensional gates, the number of reported cases of IDVD […]