The first day of a new year and a new decade causes many of us to reflect on the events of the past year. Eddie D. Moore, an author, and friend to me has written a phenomenal recap of his successful writing-year.

The year 2019 was loaded with personal drama and some major life changes, but it turned out to be my most productive year as an author so far. I published or have contracted to publish 43,500 words in 110 stories. It was truly an awesome year!

My self-set goal last year was to publish in at least 12 anthologies. I reached that goal by July and ended the year with contracts for 29 anthologies. In addition to that, I published two mini-anthologies myself bringing the total to 31!

It is my mini-anthologies, Misfits & Oddities and After Storming Area 51, which make my heart swell with pride. If you ask me, I believe that audio is the ultimate form of story-telling. I love audiobooks, and publishing these two mini-anthologies gave me the opportunity to reach goals that I counted among dreams when I started writing.

Misfits & Oddities was the… 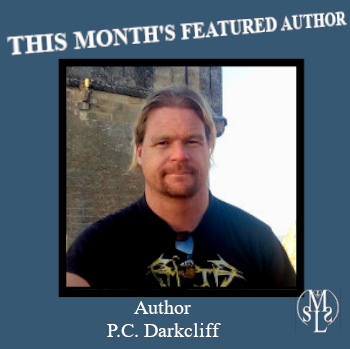 Reaching for the Stars, My First Half of 2021 Writing Goals

Last year and in the first couple of weeks of 2021 I received encouraging editorial feedback on short fiction (short stories and one novelette). But zero feedback on my haunted house novel. Perhaps, thinks me, I need a bridge between short fiction and novels, something to push my storytelling skills to longer lengths. Hm, whatever […]

A Declaration of Our Rippling Days by Eric Keegan

Potter’s Grove Press is happy to announce the upcoming release of – A Declaration of Our Rippling Days by Eric Keegan. eBook and paperback will be available through Amazon on February 9, 2021. You can pre-order the eBook here Our days roll onward like an oceanic tide, mirroring the ever-moving human element that defines precisely […]

I’m not real sure what to say about my writing output for 2020. I started with the goal of publishing in twelve different print anthologies and twelve stories online, but I decided during the summer to edit a book my father wrote in the 80s. I focused on the editing for a couple of months, […]

Originally posted on Stephanie Parker McKean:
To me, the ultimate image of human kindness is opening up the door on a dark, gale-force-wind stormy night to a neighbor with water and sleet streaming off his face and running down his clothes and the humble offer, “Want me to walk your dog for you?” Rather than…

I am excited to have my two poems (reprints) “Our Playhouse” and “Deep Within,”published by The Poet, in the WINTER 2020 – Poetry on the theme of CHILDHOOD. Thank you, editor Robin Barratt!Click here: